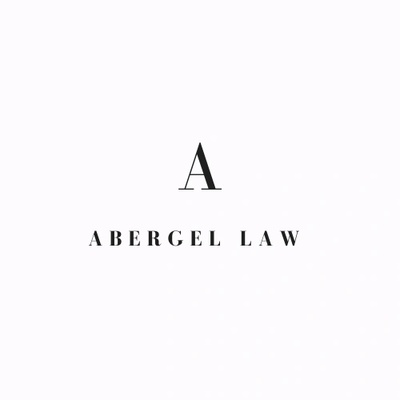 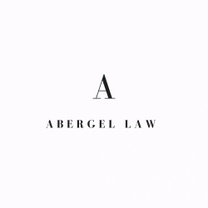 Our firm recently emerged from the trenches of a multi-party commercial litigation case involving a Miami Beach business debacle – a partnership dispute over a restaurant situated in a Miami Beach boutique hotel. Our client, an E-2 Investment visa holder, initially came to us after losing everything in a failed investment, due to fraud acted upon him. His partner and other complicit individuals deceived our client, even going so far as  to create and encourage the signing of a fake lease. What began as a seemingly promising business opportunity in a flourishing business resulted in the total loss of our client’s investment and a full out litigation.

The client came to our firm with a strong will to get back the money that had been wrongfully taken from him. We were confident that we could fight on his behalf to recover the funds taken by means of unjust enrichment, breach of contract, and fraud in the inducement. We worked tirelessly and last month the case was finally brought to trial, culminating in a combined verdict and settlement sum of over one million dollars.

A high-powered middleman has previously controlled the exchange of information or goods between individuals over the Internet. This centralized entity serves to establish trust between parties; making sure that whatever is being exchanged is legitimate. In the case of the transference of money, when one individual sends to another, the request is sent to a bank that ensures the money is being withdrawn from that account and rightfully deposited into the others. The bank is serving as the middleman. While this processes establishes trust, it also leaves considerable room for the possibility of hacking. What if the need for a middleman, and thus the increased possibility for tampering, could be eliminated? This is where blockchain technology comes into the picture to potentially provide a solution that will alter everyday activities such as the purchase and sale of a house and the legal middleman required to make that happen.

What is Blockchain Technology?
In its earliest stages, blockchain technology was first recognized as the underlying technology of digital currencies, most notably Bitcoin. With the financial industry crash of 2008, Bitcoin emerged to enable transactions to be made without the need for a third party and without the exclusion of any one individual. With a couple of years of reliable service under its belt, the unique technology grows in appeal and in range of relevance. Blockchain allows for a direct transfer between individuals that is recorded on an open, shared ledger that is efficient and permanent. Access to the entire database is given to each party on the blockchain. Each node, a computer connected to the network, stores the information and shares it with all the other nodes.

How does it Work?
When a transfer takes place, the date and time stamp of that transaction is recorded and creates a block that is a collection of all of the transactions conducted in a span of ten minutes. That block is then attached to the block from the previous ten minutes, which was attached to the block from the ten minutes before that, and so on to create an everlasting chain. The reason why hacking is impossible with this technology is that it would require an individual to crack a very complex code encrypting that block, as well as all of the blocks that precede it, from every single computer on the database, at the exact same time. This complex code is created when miners compete to solve a mathematical problem based on a cryptographic hash algorithm. Because the log of communication is linked to all of those preceding it, information cannot be removed. Once it has been shared, it is not going anywhere. This transparency and indelibility is an essential component of all legal proceedings.

How Does this Apply to Real Estate Law?
Blockchain technology is an ideal application for legal proceedings because of the transparency it provides. It is of the utmost importance in the law to be dealing with documents that are legitimate and have not been tampered with. Such is the case with “smart contracts.”6 They aid in the exchange of anything of value in a way that is not subject to conflict and is devoid of an intermediary. Blockchain technology is not exclusive—any individual can put their information onto the ledger and the technology will automatically apply and enforce all of the applicable rules and penalties. If the reach of blockchain continues to expand, lawyers will eventually move on from traditional written documents to producing standardized smart contracts. Blockchain would allow for the creation of tools that can draft legal agreements, verify documents, and secure real estate transactions. Some law firms have already begun the process of creating an internal blockchain that would be used for time keeping, deed filing, and handling mergers and acquisitions.

Using this blockchain technology can be extremely beneficial in real estate by making it more decentralized and accessible. Real estate currently requires the use of copious amounts of paper and can often lack transparency during the transaction process. With blockchain technology, the recording, tracking, and transferring of deeds would be secured, with clean records of ownership. Every real estate transaction goes through the MLS and this process can be very inefficient due to the fact that information is not always current or updated on a daily basis. On the other hand, Blockchain technology would provide information about properties in real time that would become available to everyone. Title records are difficult and costly to access and require agents and attorneys to help consumers access the necessary information. Blockchain technology’s ability to ease access to that type of information could significantly reduce the closing costs associated with purchasing real estate.

Furthermore, tests have been conducted to assess how blockchain technology might alter the tracking and transference of actual property titles. In practice, an individual would buy property and receive a digital token with a traditional deed. Eventually, the tokens could take place of a paper deed entirely and all of the information of the transfer would be made public record instantly. In January 2018, Deedcoin was developed, which is the first token to apply to the entire real estate industry. Globally, this concept of a publicly available title can save many individuals who frequently have the validity of their title disproved. Since the legitimate records are made public and are approved through the decentralized blockchain process, there can be no dispute.

In addition to blockchain technology, Cryptocurrencies Blockchain Technology In Real Estate by Brian Abergel and Tatum Blacher themselves, such as Bitcoin, are allowing for major changes in the Real Estate industry. Following the rise of Bitcoin and blockchain technology, multiple homes in South Florida were listed for sale with the ability to use Bitcoin as currency, and several have sold. Ultimately, one house in Miami was purchased using Bitcoin. Skeptics wonder how the purchase of a home, which is so heavily reliant upon physical assets, can be purchased with a non-physical currency. Specifically, people are concerned about the volatility of the value of Bitcoin when purchasing a home, due to the fact that a closing may take weeks to be processed, allowing for the value of Bitcoin to change from the point of offer and acceptance of the contract until closing day. Conversely, many believe that with high risk, there is high reward, and these individuals who are taking part in Bitcoin and blockchain transactions are leading the way into the future of Real Estate. These individuals believe that not only can the use of cryptocurrency prove useful for international buyers who wish to retain the value of their money, but also as previously mentioned the use of blockchain is undeniably secure, and efficient.

Overall, the benefits of blockchain technology exceed just the prevention of hacking and the removal of the middleman, but can significantly impact costs associated with routine activities and guarantee consumers are receiving what they paid for without intervention of attorneys or title agents. And while the technology’s worldwide implementation will not be a swift one, this technology is here for the long haul and there is no doubt that it will remain relevant in the years to come and will spread in its applicability.

Let us first address the question: What exactly is Wetland Mitigation Banking? The process of mitigation banking involves restoring, preserving, and providing compensation for the negative impacts occurring to wetlands, streams, or other aquatic areas caused by developing.

There is a system of credits and debits in place that was devised to ensure that ecological loss would be compensated for by preservation, so as to avoid net loss to the environment. Mitigation banks consist of four components: bank sites, bank instruments, interagency review teams, and the service area. The bank site is the physical property that is being preserved and the bank instrument is the agreement between the owners of that preserved plot of land and the regulators who make
sure that everything is being managed accordingly.

The service area is the plot of land that is to be developed so long as the bank site is compensating for all impacts. These impacts are authorized by Section 404 of the Clean Water Act, which establishes the parameters for the discharge of dredged or fill material into waters of the U.S. In other words, developers require credits to continue building outside of wetland areas, which accordingly are considered debits.

The following question becomes: Who runs or operates these banks? Bank sponsors are individuals or entities who work to develop the wetlands that will be used for mitigation banking and they are responsible for the cost of development and the ongoing maintenance of the wetland. The sponsors must go through the process of developing a mitigation plan, making a formal proposal, and then waiting for the determination of whether or not the plan can provide appropriate compensatory mitigation. As with any business, mitigation banks deal with product and service. In their specific case, the products are the credits and the service is the transference of liability for mitigation compliance. With a traditional bank, cash is the asset to be loaned to customers but in the case of a mitigation bank the credits are the assets that can be sold to those who are seeking mitigation debits. The Southern United States, especially Florida due to the Everglades and similar types of land, has had a lot of Mitigation Bank activity in the last ten years. In more recent years, there has been a significant and rapid loss of existing wetlands in Florida due to development. Chapter 373.4135, Florida Statutes states: “Mitigation banks and offsite regional mitigation should emphasize the restoration and enhancement of degraded ecosystems and the preservation of uplands and wetlands as intact ecosystems rather than alteration of landscapes to create wetlands. This is best accomplished through restoration of ecological communities that were historically present.

Florida has an aggressive state level permitting program that requires a state and §404 permit. The Florida specific program regulates dredging and filling in wetlands and is broader than the federal program. It regulates the alteration of uplands as well, which can affect surface water flows and isolated wetlands that fall outside of federal jurisdiction.

Since former President George HW Bush pledged “no net loss” of U.S. Wetlands, most republicans and democrats have supported this fusion of conservation and capitalism. Each Party has had the general understanding that if a company damages the natural environment, it shall be responsible for offsetting negative impacts. While mitigation banks are not a cure-all, they have in the past served as the preferred governmental method to protect wetlands from developmental damages and give people the opportunity to turn their green land into potential goldmines.